Learn how to capture VR content with an external point of view, and mix real-world people and objects with the virtual world.

From sleek game trailers to Let’s Plays on YouTube, mixed reality is by far the coolest way to show off VR content. By carefully aligning a virtual 3rd-person camera with a real camera and implementing some tricks, millions of people have grasped the full excitement of VR experiences without ever putting on a headset.

It’s exciting enough when you’re using regular cameras. But with a ZED depth camera, you can go even further by adding lighting and shadows from the virtual world onto real objects and making occlusions much more exact. Best of all, it makes setting up mixed reality even easier as our plugin handles lots of the manual work for you.

This tutorial will walk you through how to set up a mixed reality scene in Unity from start to finish, without writing a line of code. That includes importing our Unity plugin, configuring your scene, affixing your ZED to tracked objects or reference points in the real world, calibrating it, configuring your greenscreen, and getting an internet-ready final output for recording or streaming.

Fundamentally, mixed reality works by taking a real-world camera and a virtual, “in-game” camera, and completely synchronizing them in terms of position, rotation, field of view, etc. Then, using whatever data you have on both worlds, you combine the two so that the real and virtual worlds appear as one. To do this, you need to know which objects (real or virtual) are closer to the camera so you know which one to put in front. 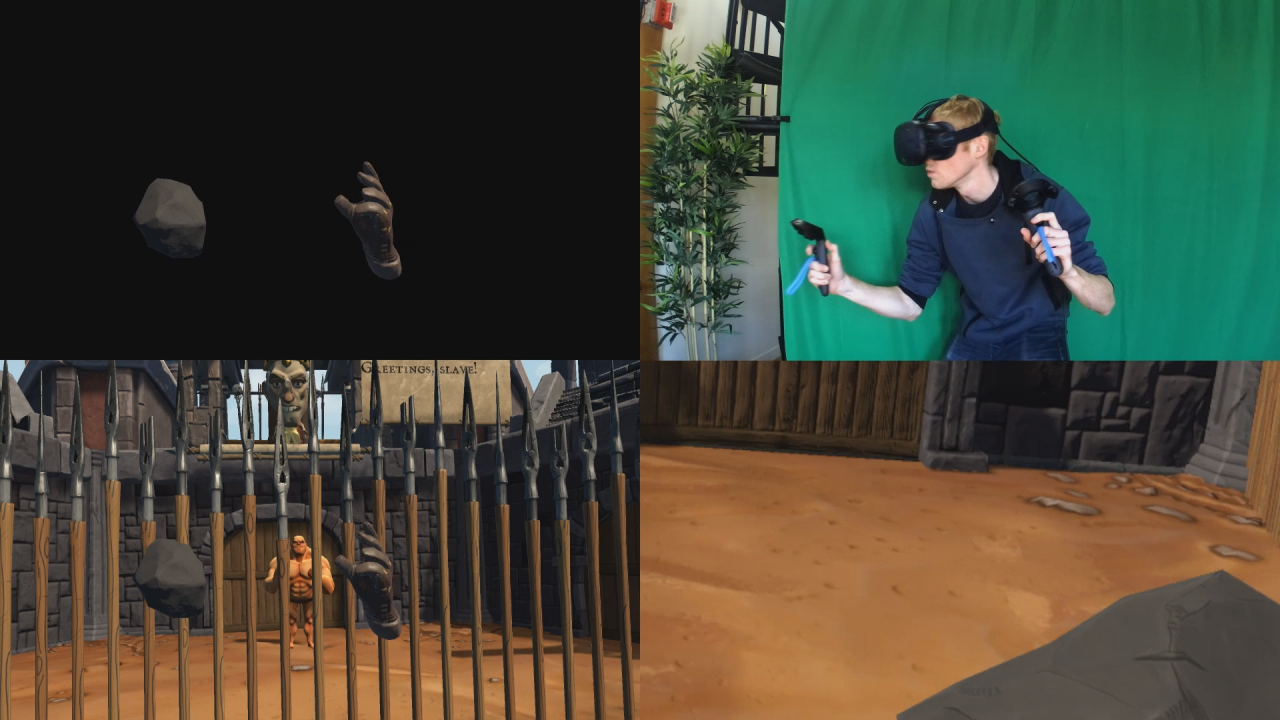 However, this presents certain limitations. First of all, you can’t depict virtual objects as being between your head and another body part in front of the subject, such as their hand. Second, the “real” layer is treated as a flat plane, so adding lighting or shadows from the virtual world wouldn’t look realistic, and as such aren’t typically supported.

The ZED, on the other hand, knows the distance to every pixel in the real world. This allows Unity to treat real people and objects like any other virtual object. That means “per pixel occlusion,” where each real pixel is in front of or behind the corresponding virtual one based on its own depth, rather than the headset’s. It also means applying lights and shadows using the real object’s actual geometry.

Notes before we start

Next: Part 2: Installing the ZED Plugin