Before you start, you have to get your system ready to use your ZED. You can find a full installation guide here, but in short, make sure you have your Nvidia drivers up to date, plug in your camera, and run the ZED SDK installer.

The SDK installation ends by restarting your computer. Once you’re back in Windows, download the (ZED Unity plugin, open up your Unity project and import the plugin. To do this, go to Assets -> Import Package -> Custom Package. 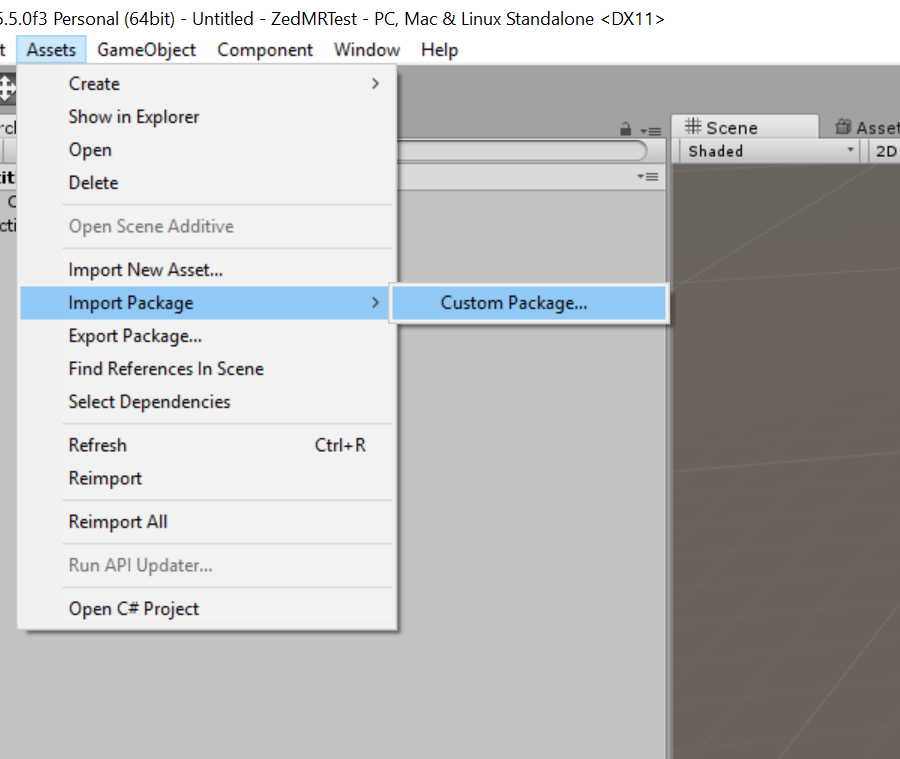 Navigate to where you downloaded the ZED plugin. Import that file, and you’ll have a window open up to select what elements of the package you want to import. By default, they should all be selected. Hit “Import.” When you’re done, you should see the ZED folder listed in your Assets. 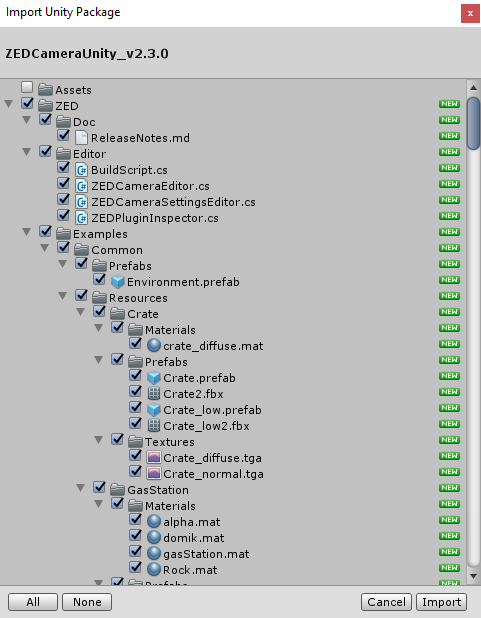 Note: One way to get a feel for the ZED is to import the package into a new Unity project and open the example scene in the ZED -> Examples -> Greenscreen -> Scenes folder. The prefab is already set up and there are several objects for playing around and testing occlusion. This tutorial focuses on adding a ZED to an existing project, and assumes that you either have an existing scene populated with other gameobjects, or that you’ll be building one in the same scene after finishing the tutorial.

Now, with your target scene open, go into the ZED -> Examples -> GreenScreen -> Prefabs folder and drag the ZED_GreenScreen prefab into your scene. 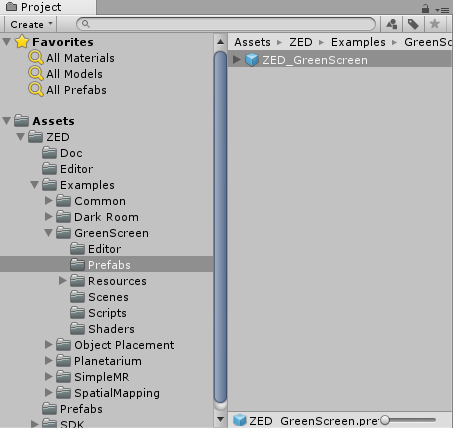 Before we go further, the ZED_GreenScreen object has a component that’s worth exploring. Select ZED_GreenScreen, and in the Inspector, take a look at ZED Manager (ZEDManager.cs). 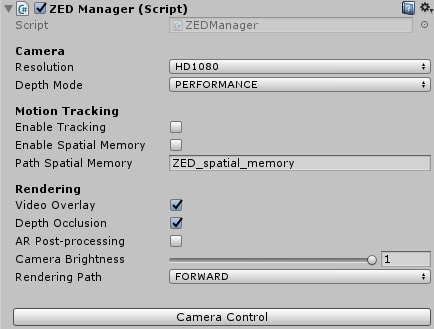 The ZED Manager is responsible for setting up your ZED when you start your scene, and communicating with it at runtime. You don’t need to change these settings now, but keep them in mind for the future. To summarize:

Test the scene so far by hitting Play. In the Game window, you should see some combination of the real and virtual worlds. There is still much to do so it’s likely things will be out of alignment. But this will let you verify that your ZED is working and that the output is visible.

Some errors you may encounter at this stage, and their solutions:

Next: Part 3: Positioning the Camera